Trader Profile-Velomatic For The People

We thought it was about time to resurrect our behind the scenes Trader Profiles, and who better to start with than Frome-based Vel Ilic, aka Velomatic For The People.

We caught up with Vel this week to pick his brains about all things culture, food, and crucially MUSIC – just in time for the BIG festival season!

Tell us a bit about you and your business…
Based in Frome, I’m a freelance writer (specialising in lifestyle, arts and culture) and features editor for UK music mag, Electronic Sound. Music has always been something of an obsession, so it made sense for me to expand that into selling vinyl and CDs a few years ago, mostly at Bristol Beacon record fairs and The Frome Independent. Initially, selling vinyl was an excuse to add to my own record collection, but it’s definitely taken on a life of its own since then. The business is called Velomatic For The People (a fusion of my first name, Vel, and the title of REM’s 1992 album, ‘Automatic For The People’), but it’s usually just shortened to Velomatic. Less of a mouthful.

My stock is pretty eclectic, a mix of used and new vinyl. There’s a bit of something for everyone – electronic music (of course) in all its guises, rock, pop, indie, new wave, alternative, esoteric, neoclassical, downtempo, soundtracks, ambient, hip hop, jazz etc. I also sell an interesting selection of books, covering art, photography, street art, food, graphic design, biographies, novels and more. And second-hand/vintage clothes, too – mostly for men, a few pieces for women, and some unisex – that change with the seasons, So, festival-ready shirts in summer, and quality jackets, coats and hoodies in autumn and winter.

Where do you get your inspiration – what motivates you to do what you do?
I have a very good eye and I’m immersed in that whole music, culture and lifestyle aesthetic. I get a real buzz buying pieces and stock, knowing that I’m going to be selling them on to someone who will really appreciate them. It feels very rewarding when people discover something on my stall – new music, a book that catches their eye, a must-have shirt – as I’ve spent a lot of time sourcing and collating it. I have regular customers who come back every month, so I like to make sure I have new stuff for them to look at each time.

Why did you choose to trade at The Frome Independent?
It has such a fantastic and unique vibe, bursting with character and colour – I love it. We’ve lived in Frome for eight years, but we were coming to the Frome Independent before we moved here. The whole community aspect, friendly people, incredible artisan food, makers, music and good times… it’s a heady mix. I’ve done other markets, fairs and events but deciding to trade at Frome was a no-brainer – there is really nowhere else like it. I still get ridiculously excited on market day.

What do you like about market trading – why not just sell online or through retail outlets?
I know it’s a bit of a cliche, but I love to sell in person and talk to people – they get really nostalgic about music and records. You see them light up when recounting music-related stories from their youth, relaying formative experiences of going to gigs and telling me about what they’re listening to now. I do sell vinyl online (on Discogs), but I much prefer face-to-face. It feels more authentic, somehow. I enjoy putting together a rail of colourful, covetable clothing, the interaction of it all and the fact that I’m influencing their dress sense in a very small way – I get a good feeling when people like a shirt or a jacket enough to buy it and add it to their own wardrobe.

Tell us about your own favourite or best-selling product. How much work goes into creating it, why do you think this is your strongest product?
Vinyl is probably my biggest seller. I have a broad and eclectic range, but people will always buy classic records from the 1970s and 1980s: Talking Heads, ABC, Soft Cell, Human League, Cocteau Twins, post-punk, new wave – that kind of thing. Radiohead and Queen always sell well, obviously. And independent labels such as Ninja Tune, Warp and 4AD remain very popular, as does a lot of the old Moog/modular music stuff – Wendy Carlos, Tomita etc. I love turning people onto all that stuff. I buy from various sources – dealers, record fairs, flea markets, personal collections, car boots, charity shops etc – and work hard to put it all together and present it in an appealing way.

What is your favourite Frome shop, or stall to visit at The Frome Independent?
The best Frome shops for me are Assembly and Nomad – both have such cool blokes’ clobber and accessories. The High Pavement does such moreish tapas-y food – I’d happily devour everything on the menu and eat there every day, if I could. And I’m a total coffee addict – on market days, I often send friends to queue for a latte (I’m old-school!) at Claude The Butler, but when the market’s not on, Frama (coffee perfection) and the Rye Bakery are my haunts of choice. I spend far too much money on good coffee. For me, food rules at The Frome Independent, particularly Riceminster Paellas and the Persian-influenced fare at Open Sesame – as their long queues will testify.

And finally, some quick-fire questions….

Favourite book?
Impossible to choose just one, so here’s a few: ‘Street Sketchbook’ by Tristan Manco – a fabulously illustrated book on street art, featuring the sketches of some of the world’s leading street/graffiti artists; ‘Strange Fascination: Bowie: The Definitive Story’ by David Buckley; Joe Orton: The Complete Plays; ‘Rip It Up And Start Again: Post-Punk 1978-84’ by Simon Reynolds; and I’m a sucker for a good cookery book – Honey & Co’s ‘Food From The Middle East’ is a big favourite, and Anna Jones’ ‘One Pot, Pan, Planet’ is my current favourite.

Describe your dream day off…
Sunny day, really good coffee (obvs), visiting a new town or city full of record/book/charity shops, electronic gig in the evening with friends and a few pints, and someone to drive me home while I nod off to BBC Radio 3’s ‘Late Junction’. Bliss.

What are you listening to right now?
Lots of cracking new music – forthcoming albums by Orbital, Gwenno, Working Men’s Club, Pye Corner Audio, 700 Bliss, Jockstrap (yep, you read it right) and too many other gems to mention here. If Working Men’s Club don’t make this year’s Mercury Prize list, I’ll eat my hat.

What are you cooking/eating/drinking at the moment?
Cooking: Probably my go-to baked Spanish paella – easy to make, one tray, bang it in the oven, never fails. Eating: Too much baked Spanish paella. Drinking: Aperol Spritz or the odd cheeky glass (or three) of Pedro Ximenez sherry.

If you’re craving a music-fix, head on down to the Flea at The Frome Independent on Sunday 3rd July, where you’ll find Velomatic For The People – or check out his Discogs page here 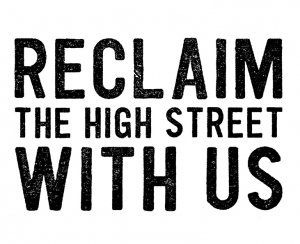